Hatch presents, ‘Garage Band’, a dialectic between foundation and progress, exploring the notion of trace.

The in situ works exhibited are based on mise en abîme where the present comes to haunt, to ponder about the future. Behind each imaginary projected in the space, in the architecture that we envisage, there is a promise of utopia, of a political ideal to come. It is the grace of the possible that inhabits the present moment, all the more precious because of its frail and ephemeral nature.

In these mutations, which affect the architectures as well men, there is as much brutality as poetry. Isn’t destruction, the moment when everything can disappear, also the promise of reconstruction, the idea of order in chaos? Even in the technocratic world, the archaic ceremony re- mains as an eternal trace, a last vestige of what makes our identity. The ghostly industrial building, square, dark and unorganic, is transformed for a last curtain call into a luminous and gargantuan line of scaffolding. The eleven artists exhibited, working through different mediums, leave their own trace and alter this forsaken place into a safe hold for the contemporary of creativity.

‘Garage Band’ explores and reveals, through ephemeral installations, sculpture, photography and video, the inherent conflict of an increasingly invasive industrial landscape in which nature and humans attempt to survive.

It is this gesture that the exhibited artists attempt, each in their own way. 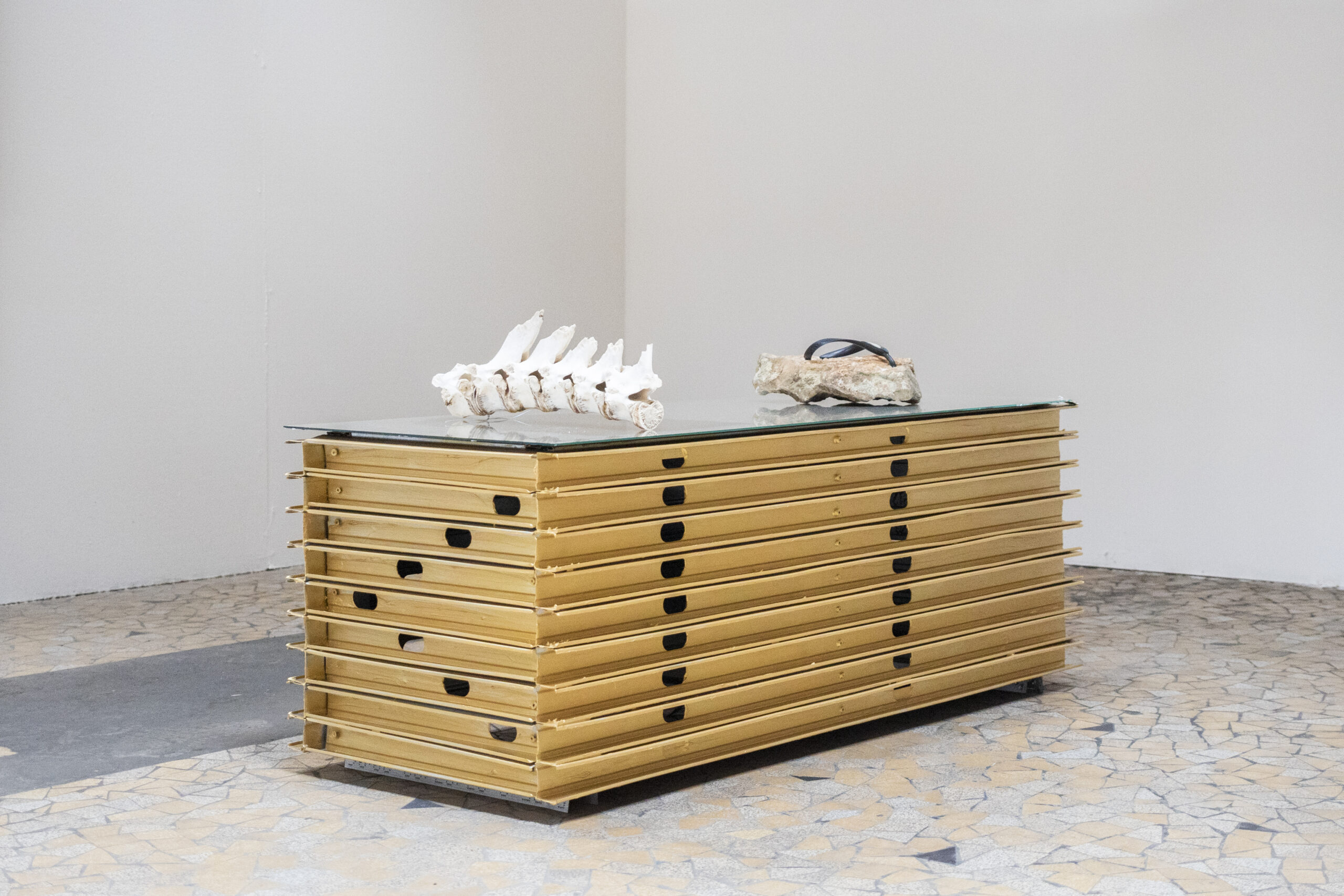